Core Tip: According to foreign media reports, despite the passage of time and technological progress, most of the obstacles faced by the auto-pilot industry can be overcome, however, before the success of driverless vehicles, still face the following four major challenges : The existence of legal minefields, the safety of vehicle networking, the continuous attention of users, the ability to drive safely under all-weather conditions, and the â€œintuition to give the driver of the vehicle a driving intuitionâ€ are thorny problems. See the text for details. 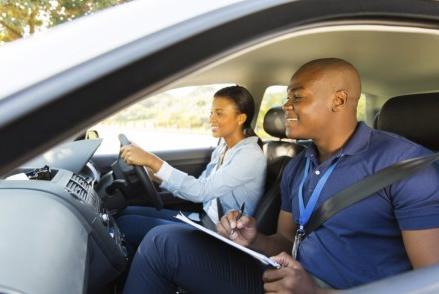 According to foreign media reports, although most obstacles faced by the auto-pilot industry can be overcome over time and technological progress, driverless vehicles still face four major challenges before they succeed.

1. There is a legal minefield (Legal Minefield)

Although there are overlaps in the content of traffic regulations in the U.S. states and the related automotive technical regulations, when an accident occurs in a self-driving vehicle, the determination of responsibility remains to be confirmed. The public is very concerned about this topic.

Many states in the United States have also introduced regulations related to self-driving vehicles. However, state laws and regulations often conflict with each other. It is very confusing and leaves behind the following questions:

a. Compared with technology, laws and regulations appear to be lagging behind;

b. Regulations do not clearly define the responsibilities and roles of "drivers";

d. Who will insure the vehicle?

The user information stored in connected cars and supporting electronic architectures often cause hackers to embarrass themselves. The latter launched cyber attacks for this purpose.

In the same way, other on-board systems are also at risk of cyber attacks.

In recent years, network security protection of self-driving vehicles has become a major technical problem for technicians and engineers.

3. Ability to drive safely in all weather conditions

Heavy rainstorms and snowstorms will have an impact on the ability of the Lidar system to find out. Although car companies are working hard to create a variety of sensors, they are expected to explore guardrails, obstacles, and vehicles coming in front of them in bad weather. However, there is still a long way to go to overcome such challenges.

Machine learning and algorithms can be used to teach driving operations of unmanned vehicles, but this requires a lot of time for programming and road testing before the church can be taught to perform humanistic driving.

Although a self-driving vehicle is equipped with a large number of sensors and processors, there are still certain problems in sensing and responding to the conditions in a normal driving scenario, especially when encountering emergencies or undiscovered driving scenarios. The problem is even more pronounced. (This article is taken from thyblackman.com)